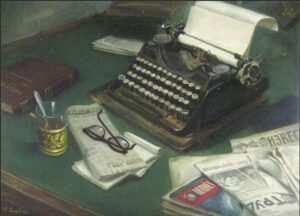 Hello. This post is a test. It is not a test of the emergency broadcasting system but rather a shy attempt by a spirited though laic ignoramus to test a few semi-technical things. I want to see if the font will appear on my screen the way it’s supposed to, if links to nowhere actually work, and if oddball bugs still occasionally crawl from under the cracks in the façade of this purely imaginary structure.

This journal is bilingual. I am tempted to start writing in German as well, but I am aware of my own limitations (I am being somewhat immodest because, unfortunately, I know very well that I am not). Time is a precious substance and I don’t have much of it. So, I can of course start writing in German but it will just become an additional burden. I won’t be able to keep up. Even a bilingual blog is a bit too much.

No purpose but a cause.

What is its purpose? I maintain a few websites and a couple of personal blogs. I write inconsistently but all of them are about something particular. They are all unified by some common subject, theme and purpose. Let’s take one example, there is the (not that hideous) Poetry Monster, a bilingual community for poetry lovers. It is also an online repository. I am going to feed Poetry Monster to make him grow and hopefully devour a few victims in the process. So if you like poetry and poems, regardless of whether you a reader or a serious poet or, like myself, a versifier, join the Poetry Monster.

There is also the Dealing Monster, yet another monstrosity. It is an ad board for those looking to find international business partners, trade leads, new suppliers, markets for own products and services, and who are tired of paying inflated fees to websites like (I won’t name names).

Though this blog may lack a purpose it doesn’t lack a cause. There quite a few causes I stand for. Now, most of what I am going to say here will be in Russian, though on the other hand I’d occasionally write in English. As the introductory page says Russian and English versions are different. They are disparate. They are not translations of each other. Because what I want to say in Russian is not even close to what I want to say in English and vice-versa.

So hello, hi, jump on board, come right in, stick around. 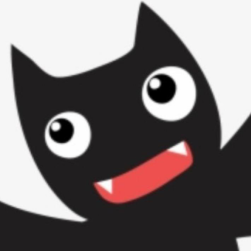 2 thoughts on “An introduction”